Overview Discover some of Greece’s greatest treasures and the best of modern Athens on this morning or afternoon Athens sightseeing tour. With an expert guide, take a coach tour of top Athens sites, including the Greek Parliament and Panathenaic Stadium, stage of the first modern Olympic Games. Then, explore the mighty Acropolis on foot to see the glorious Parthenon and other highlights. Want to add more sightseeing in Athens? Upgrade your morning tour to include entry to the Acropolis Museum to see its incredible Parthenon friezes, and other archaeological exhibits. Sightseeing tour of Athens, combining modern Athens with the city’s ancient sites See top Athens attractions such as the Tomb of the Unknown Soldier in Constitution Square and Panathenaic Stadium Visit the Roman Temple of Olympian Zeus and learn about ancient Athens Explore the Acropolis of Athens and see the world-famous Parthenon temple Upgrade to include an entrance ticket to Athens Acropolis Museum Transport by luxury air-conditioned coach with free WiFi 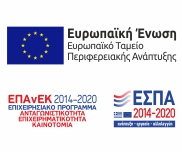